Bird, Bath and Beyond 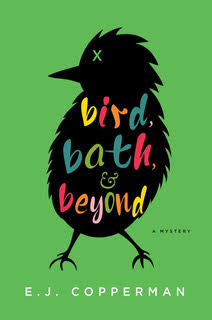 Kay Powell is an agent to the stars - animal stars that is. Her newest client is a parrot named Barney. In Bird, Bath & Beyond by E.J. Copperman, Barney has been cast as the parrot pet of medical examiner Dr. Banacek, played by heartthrob Dray Mattone. (Bird, Bath & Beyond will be released by Minotaur Books on October 9.)

Dead City features zombie detectives solving zombie crimes. Kay doesn't usually appear on set when her clients are working, but Barney's trainer Patty has been ill and Kay steps in. Barney has one key line; he says "Can't kill a zombie!" Because parrots can be trained to repeat sentences, many people think they can carry on a conversations. Unfortunately that's not the case.

During a break in the action, Dray Mattone heads to his trailer and Kay asks to give Barney some relaxing time as well in the trailer. She heads off to work with another client, but when she returns one hour later, there are police cars and an ambulance surrounding the trailer.

It seems someone killed Dray. More startling is Barney's two new statements: "Put down the gun" 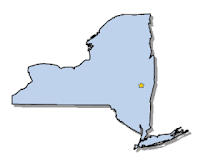 and "A lot of people want you dead, Dray." Naturally this leads Detective Bostwick to think he can directly questions Barney and carry on a conversation. No matter how many times Kay explains parrots don't talk they only repeat what they learn, Bostwick is sure Barney can identify the murder.

At Dray's funeral a young woman leaps up and points her finger at producer Les Mannix and shouts, "Murderer, you killed him" then runs away. No one recognizes her and that complicates the case.

A very funny mystery with an Agent to the Paws - Kay Powell. Looking forward to the next in the series.

This story cracks me up!
Denise

Thanks for the kind review!