Murder in a Lighthouse 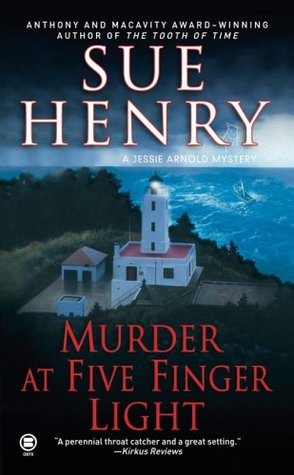 Murder at Five Finger Light by Sue Henry features Iditarod racer Jessie Arnold and her Alaska State Trooper boyfriend Alex Jensen. Though not technically a cozy mystery, it is close enough, plus it is set in Alaska.

Jessie is resting her knee after a small accident so her Iditarod training has been curtailed. Back in the picture is Alex Jensen after a slight break in their relationship. They are invited to spend some time with friends Laurie Trevino and Jim Beal who are the proud owners of the Five Finger Lighthouse on a small island in the Inside Passage. Although Alex cannot attend, Jessie decides to go and join the work party helping to restore the lighthouse.

While Jessie waits in Petersburg for her boat ride to the island the next morning, she encounters a young woman who seems terrified and says she is being stalked. Jessie empathizes with Karen and invites her to join the work party.

Once on the island, Jessie and the rest of the work party enthusiastically jump into the project. The 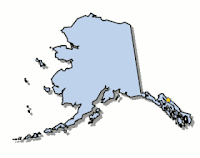 next day while exploring the island, Jessie and some of the work party discover a body. When they return to the lighthouse to call for help, they discover the phone line cut, their cell phones missing and Jim's boat scuttled. Is someone on the island not who he seems?

Before long Jessie and the others in the work party find themselves in a dangerous position with almost no hope of rescue. The exciting conclusion and the twists and turns in the plot make this an exciting read.

The first book in the series is Murder on the Iditarod Trail.
Posted by Map Your Mystery at 9:21:00 AM