The Not So Lucky Woman 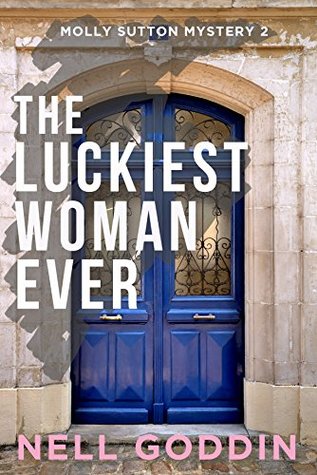 Josephine Desrosiers had been a lucky woman. She married a man who had invented something in electronics which made him millions. But Madame Desrosiers was a mean, spiteful woman who keels over and dies at her 72nd birthday party. In Nell Goddin's The Luckiest Woman Ever, American transplant Molly Sutton literally stumbles on the body.

Molly's move to Castillac, a small village in France, hasn't always been as peaceful as she had hoped. Operating a B&B in the small town has been an up and down experience. In the spring and summer, she has plenty of guests, but now in the dead of winter, business is not so good. This leaves Molly with lots of time to investigate the death of Madame Desrosiers.

Chief gendarme Benjamin Dufort is called to the scene, and although he is happy to see Molly, he does not want her investigating. 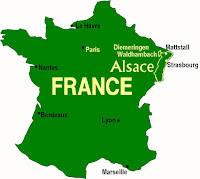 But because she had success in another case, she can't help herself. She befriends the niece and nephew, Adele and Michel Faure, and soon realizes, although they were dutiful to their aunt, they were not fond of her, nor were others. When it is discovered Madame Desrosiers was murdered, Molly kicks into high gear.

When another elderly woman nearly dies, the case becomes more complicated and Molly ponders what this means. As she probes deeper, she learns some family secrets that explain why someone murdered Josephine.

I enjoyed this book and I like Molly, although I cannot imagine moving to another country without having more than a rudimentary command of the language. I detect a romance blossoming between Ben Dufort and Molly, but we'll have to wait for the next book to see if that progresses.

For other books by Nell Goddin, click here
Posted by Map Your Mystery at 9:47:00 AM