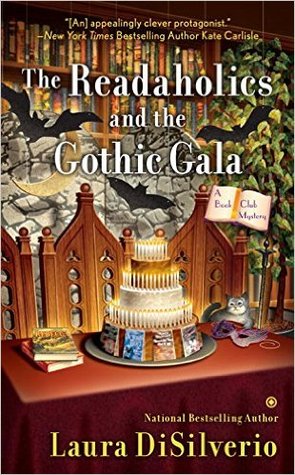 Who knew so many gothic mystery authors had their birthdays in September?* In Laura DiSilverio's The Readaholics and the Gothic Gala, Amy-Faye Johnson has been asked to coordinate a gothic weekend for Book Bliss in Heaven, Colorado, featuring the current gothic mystery authors. They are a contentious bunch: Constance Aldringham, the grande dame; Francesca Bugle, the midlister with a possible movie deal for her next book; and a living Mary Stewart, a debut novelist.

There is a panel discussion at the bookstore which brings out the  jealousies and rivalries. One of the authors is accused of stealing a manuscript from an unpublished author and tensions rise. A mysterious manuscript appears at the auction and upsets the balance even more.

When a body is found at the Gothic Gala, Amy-Faye tries to salvage her event and begins to investigate. 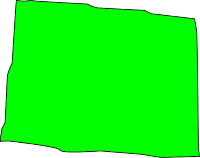 As most guests were dressed in costumes, it is difficult to tell who was invited and who might have crashed the party. No one knows who the victim is or why he was at the Gala. The Readaholics - Maud, Lola, Kerry, Brooke and Amy-Faye - put their heads and various skills together to tie up loose ends and solve the murder.

I enjoyed this book more than the first in the series (see blog for review) although I do enjoy the series. For more books by Laura DiSilverio, click here.

* The authors are Victoria Holt, Joan Aiken, Phyllis Whitney, Mary Stewart and Barbara Michaels
Posted by Map Your Mystery at 8:21:00 AM