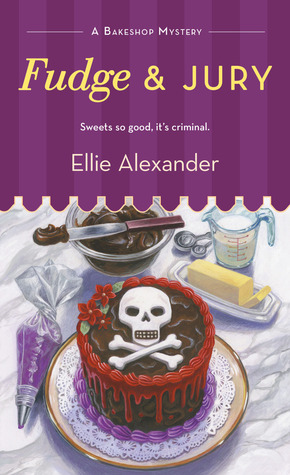 Who would believe that chocolate could kill you? It's doubtful that Evan Rowe, famous chocolatier would think that. But much to his surprise, something chocolate does kill him in Ellie Alexander's Fudge & Jury.

Juliet and Lance are at it again trying to solve Evan's murder. Arrogant and not well liked, Evan didn't deserve to die from anaphylactic shock. Who knew he was allergic to nuts and who fed them to him? When the autopsy reveals there were no nuts in Evan's system, the mystery deepens.

When Evan falls dead after eating Juliet's famous decadent four-layer chocolate cake, things are not so bright. Juliet knows there were no nuts in her cake, but how did Evan die? To complicate matters, Thomas decides to profess his undying love for Juliet. Unsure of her feelings for her estranged husband Carlos, who is still aboard ship, Juliet doesn't want to lead Thomas on. 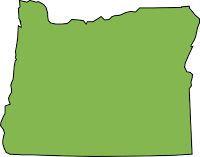 Meanwhile back at Torte, Juliet and her mother Helen think they have enough money saved to install the new ovens they have been craving. There's plenty of disruption when there is painting and installation going on, but fortunately with the Chocolate Festival in town, they have another venue to sell their delicious treats.

This series is filled with tasty treats and the recipes to make them. I always feel as if I need some dessert when I read them. In Fudge & Jury you will also discover a wild connection between nut allergies and another product that seemingly has no connection. I won't give it away as it will identify the murderer, but be sure to remember the connection for your own health safety.

For another review of the books in this series, click here. For more books by Ellie Alexander, check this out.
Posted by Map Your Mystery at 8:57:00 AM