Rituals of the Dead 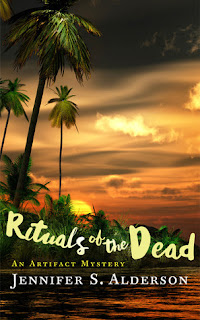 Another excellent adventure for Zelda Richardson. In Rituals of the Dead by Jennifer S. Alderson, Zelda is working for Amsterdam's Tropenmuseum as an intern in the Ethnology department and is assisting in the preparation of a large Asmat bis pole exhibition.

The bis poles were discovered warehoused in the Wereldmuseum's building and had remained unopened since they were shipped from Dutch New Guinea in 1963. The Asmat region of Papua is also where a famous American anthropologist disappeared in 1962.

When Nicholas Mayfield's journal is found inside one of the bis poles, the museum is eager to transcribe it and discover what possibly happened to him. Museum director Albert Schenk is adamant that the journal cannot be included in the exhibit. He calls Mayfield a second-rate anthropologist. 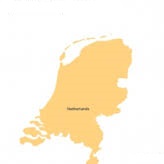 Zelda wonders why there is such animosity toward Mayfield as Schenk worked as a translator with him during his time in New Guinea. More conflict arises as Victor Nalong, the official representative for the government of Papua, has been breathing down the necks of the staff at the museum for repatriation of the artifacts and bones also discovered mixed into the crates.

The scene switches from current day to the 1960s when Nick Mayfield and his colleagues were working in New Guinea. Murder and intrigue make this an exciting peek into the world of museums and the artifacts they contain.

Thank you so much for choosing to review my latest mystery! I am blown away by your incredible review.