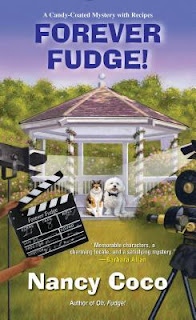 Allie McMurphy finds a dead man in the alley behind her business on Mackinac Island and a chess clue seems to challenge her to solve the case. In Forever Fudge by Nancy Coco, Allie isn't sure why she is the target. (Forever Fudge will be released on September 25 by Kensington Publishing.)

To make matters worse, a film crew has pitted each side of the street against one and other for the opportunity to be featured in the opening credits of the TV show. Allie has been saving money to remodel the roof to include a patio, and she doesn't want to use the money to pay a TV series to be included in their shooting schedule. 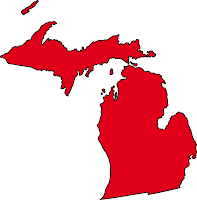 When the handsome leading man appears on the island, the residents double down on their desire to be included. Dirk Benjamin, the heartthrob from Hollywood has been shadowing local cop Rex Manning so he can learn the fine points of investigating for his role on TV. Not especially pleased with this arrangement, Rex wants to keep Allie out of the investigation.

When her dog unearths the severed toe of the victim in a flower bed
along with another chess move, Allie feels compelled to investigate. Naturally Rex doesn't want her involved, but she takes the chess clues as a personal message for her to get involved, especially as they refer to other events in which she has solved the mystery.

Adding to Allie's problems is the growing affection she has for Rex and the lingering feelings for Trent Jessop. Allie wants a life on Mackinac Island, Trent does not.

Another entertaining mystery withe fudge recipes to die for!