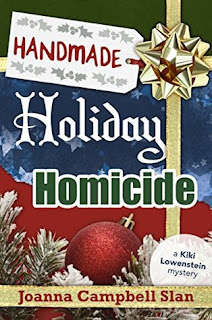 Kiki Lowenstein and staff from "The Island of Broken Toys" are back for another go at solving a mystery and teaching crafts. In Handmade, Holiday, Homicide by Joanna Campbell Slan, Kiki and friends are planning their Christmas craft schedule. One class is something called Zentangle and Kiki has to take the class to an off-site location.

Attending the class are two older sisters; one sweet and nice, the other nasty and spiteful. Ester is eagerly awaiting the class, but Eudora is confrontational and disruptive. At the second class Laurel, one of Kiki's instructors is accosted by the security guard Brad Oxdemann, who has been stalking her. He wants to be a police officer, but she filed a complaint about him and that is preventing him from being hired.

When Eudora suddenly clasps at her chest and falls forward, the others try CPR, but by the time the paramedics arrive, she is dead. Everyone including the EMTs who arrive believe it is a death by natural causes. 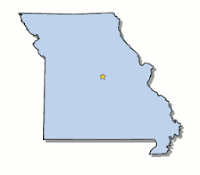 to her Detective fiance. Meanwhile, although she is nearly ready to deliver her new baby, Kiki is dashing around in a flurry of activity. One time she slips and falls on the ice and manages to slide underneath the frame of a car. I had a hard time picturing this and when she deliberately does it again to avoid the murderer, I feared for her life and her unborn child's.

I always loved these books especially the concept of a craft shops with classes, but this last book did not appeal to me. It appears as if the author is deliberately throwing all kinds of oddities into Kiki's life. She is raising her teenage daughter, now she has adopted her fiance's ex-wife's mixed race child (not even his child), her mother-in-law is acting out again and Kiki, herself, seems bent on overdoing everything. Maybe I was a slacker, but when I was nine months pregnant, the last thing I did was traipse around carrying craft supplies and avoiding murderers.

I'd like to see all the complications toned down a little for the next book, but I do not foresee that. Too bad because this was an excellent series in the early books.