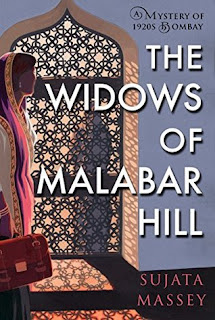 An excellent book with a insider’s look at India in the 1920s. Perveen Mistry wants to study law but law schools did not admit women. In The Widows of Malabar Hill by Sujata Massey, she persuades the law school to let her take classes without being admitted but the men in the class force her to quit.

In an act of defiance, she falls in love with a man who her parents do not know and suffers through a terrible marriage before she returns home. On her return, her parents send her to England where graduates from Oxford. She returns to Bombay several years later to work for her father’s firm. Because she is a woman and can meet with the cloistered widows, she is assigned a case that deals with three Muslim widows married to the same man. 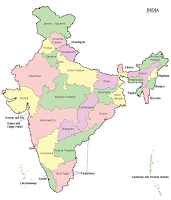 When Perveen examines the will, she notices that all three widows have signed over their entire inheritance to a charity. Positive the women are being swindled, especially as one is obviously illiterate as
she signed with an X, she tries to determine who is trying to steal from them. Is it the male guardian or someone else?

When there is a murder in the secluded house, Perveen finds herself in the middle of the investigation. Because of her own personal history, she is dedicated to assisting women.

A beautifully written book and an intriguing look at the sheltered life of these women and the murder that threatens them.