Blackmail Can Be Dangerous 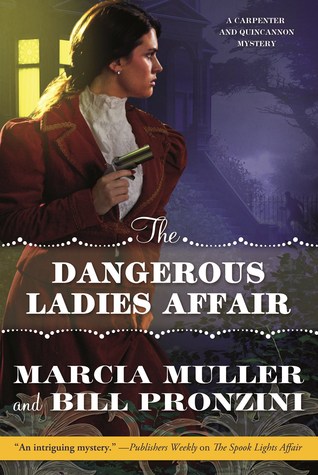 Private detectives Sabina Carpenter and John Quincannon, as usual, are going their separate ways on there cases. In Marcia Muller and Bill Pronzini's The Dangerous Ladies Affair, there are plenty of dangerous ladies. Sabina is heavily involved in the suffragette movement and her friend Amity Wellman is the leader of the most active local organization.

John is hired to find the person blackmailing banker Titus Wrixton.Wrixton has already paid $5,000 to the blackmailer who is demanding another $5,000. He wants John to find the black mailer and retrieve his money.

Sabina's case takes a turn when Amity Wellman is shot at. Many of the anti-suffragette leaders are likely suspects, but when Amity confesses to having an affair with a married man, Sabina searches in a different direction.

With both cases taking Sabina and John out of the office, they rarely see each other. This frustrates John as he was feeling they might be making some progress in their relationship. Although she has resisted his charms for five years, Sabina has finally allowed her thoughts to stray to John and a possible relationship. 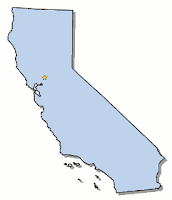 For his client John arranges another bag drop for the ransom money with the plan to follow whoever picks up the money. John follows the man to a Gunpowder Alley and watches him enter a shop called Cigars, Pipe Tobacco, Sundries. Sonderberg, prop. Within minutes shots ring out and John finds Sonderberg dead in the classic locked room.

The plot thickens as both Sabina and John race to find the answers to their cases. One thing I learned from this book is that it rains a lot in northern California.

For other books by Marcia Muller, click here.
Posted by Map Your Mystery at 8:58:00 AM