Murder in the Desert 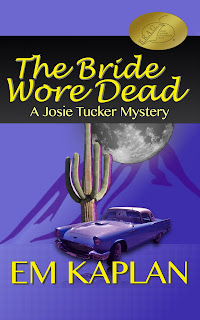 Exciting, well told mystery featuring prickly Josie Tucker. Josie is a food critic for a local newspaper. One problem - she can't eat anything without upsetting her stomach - kind of rough bring a food critic who can't eat. Maybe that's why she has a rather sharp edge to her. Complicating her life is unrequited love for her best friend and doctor Drew Cole. In The Bride Wore Dead by E.M. Kaplan, Josie is sent to Arizona to investigate the sudden death of Leann Ash just a few short days after her wedding.

Leann and her new husband  Peter Williams head off to the Castle Ranch, a secluded spa in Arizona for their honeymoon. The Williams family is one of Boston's elite families and the sons, Peter and Michael, behave badly, but everyone excuses them because of their heritage. When Leann suddenly dies of an allergic reaction, the mother of the groom asks Josie to investigate. When she boldly states, "I think my son killed her", she  orders Josie to meet with a private investigator she has hired. Josie is stunned, but as she was planning to visit the ranch herself, she reluctantly says yes.

Before heading to the resort, Josie meets with private investigator Obregon who gives her a list of 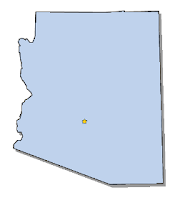 people to interview. He reminds her to be careful and unobtrusive because their money and power keeps  the Williams family above the law.  Once at the resort, Josie takes advantage of the nutritional consultation and tries to get her stomach in order while she investigates.

What she finds leads her into peril and Leann may not be the first woman murdered. The unexpected ending will shock you and take your breath away. I cannot wait to read the next Josie Tucker.
Posted by Map Your Mystery at 10:23:00 AM