When Emma sees the body of a man found in the Spouting Rock formation, she believes it is her half brother Brady. But a closer look shows her the body is of an older man. In Murder at Crossways by Alyssa Maxwell, this is only the beginning of the mystery,

Shocked at the resemblance, she muses about whether it could be Brady’s long-dead father and what would have brought him back to Newport 30 years later. It's also fall and that signals the end of "The Season" as the Newport Four Hundred say.

That also means it is time for Mamie Fish to host her Fall Festival celebration at Crossways. Mamie is no shrinking violet and her events are BIG. She doesn't follow the staid, conventional approach of the other wealthy women in Newport. She has invited Prince Otto, nephew of the Austro-Hungarian emperor, Franz Joseph, to the party. 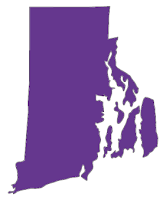 event begins in her usual flamboyant style. But when the Prince fails to appear, everyone is disappointed until his lifeless body is found tucked into one of the scarecrows. There are plenty of suspects and Emma believes there may be a link between the other victim and the prince.

In another area of her life, problems at her newspaper seem to be increasing. First the press is jammed with ink, then newsprint is stolen and many other incidents occur. It seems Emma has much on her plate, but with the assistance of the rambunctious Mamie Fish, she helps solve the case.

Another stellar mystery by Alyssa Maxwell.


Disclosure: I received this book from NetGalley for an honest review