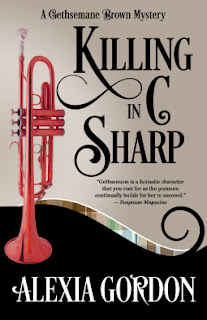 Dumullach, Ireland has not been the same since Gethsemane Brown landed the job as music director at St. Brennan's school. In Killing in C Sharp by Alexia Gordon, Gethsemane finds herself stuck with paranormal investigators trying to prove the ghost in her cottage still haunts the place.

Gethsemane knows Eamon McCarthy haunts the cottage because she converses with him regularly. She does not want the rude TV crew to find him though. Also on hand is Venus James, the true crime author who accused Eamon of killing his wife Orla and then himself. Now that Eamon has been cleared, what does Venus want from Gethsemane?

Has-been composer Aed Devlin has decided to write and perform his new opera in the local theater. His opera centers around a old Hungarian legend and a curse handed down for generations.

When one of the paranormal investigator summons Magyar Moon to the village, a terrible illness 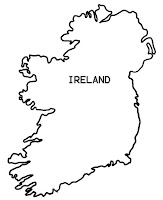 strikes the first born boys and men. It seems when the Mongol hordes were invading Hungary, they wiped out nearly everything and everyone around. Some people survived and the king granted land to those families still remaining on the condition that they build a castle to protect the kingdom. When Baroness Zoltan's family repeatedly failed to complete their portion of the castle, a seer told the Baroness to sacrifice one of her daughters-in-law to save them. She chose Maja and walled her up inside the castle to die. Blaming the family for what they had done to her, Maja rained down the curse.

The curse worked and the Zoltan family was decimated. But one other portion of the curse still existed - any authors or composers who wrote, spoke or performed anything related to the curse would be doomed. Gethsemane figures the town is safe from Magyar Moon, until they are not. She underestimates the evil, blatant ambition of one of the paranormal investigators and several deaths occur.

Gethsemane summons her own ghost and her wit to defeat the evil and save the village. She is a great character - smart, sassy and musically talented. I enjoyed Killing in C Sharp and recommend it.
Posted by Map Your Mystery at 8:00:00 AM